The film was exclusively screened for the first and last time to an audience that comprised of the crew, cast members, media, as well as a lineup of renowned socialites and celebrity figures. Some of the prestigious attendees at the premiere were Khatija Rahman, musician, philanthropist, and director at the A.R. Rahman Foundation, as well as Anis Sajan, Vice-Chairman of Danube Group and well-known cricket enthusiast. The project is also proudly under the patronage of Emirati princess, philanthropist and entrepreneur Sheikha Hend bint Faisal Al-Qasimi. “Sheikha Hend is a dear friend of mine, and although she cannot be here at the premiere tonight, she continues to support me and my endeavors. I am very grateful for her support and friendship,” said Fathima at the Ayah premiere. 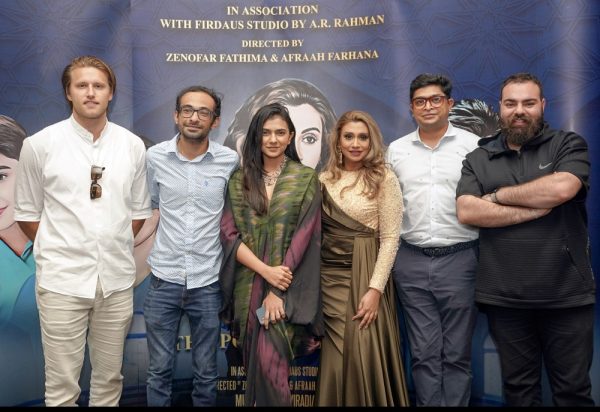 Ayah, which in Arabic translates to miracle, sign or evidence, is Fathima’s newest directorial venture. The film comes after a string of COVID-19 short films and a socially charged music video, Baila Baila. A lesser known fact is that the film Ayah is Fathima’s third spiritual short after The Power (2018) and The Power 2 (2019). The meta short film promises to tug at the heartstrings of her viewers, whilst simultaneously fusing film and theater together, tapping into the public’s’ sense of spirituality and reawakening their belief in the power of miracles. “I conceptualized this film during a time where hope waned and a fear of the future was an all-time high- COVID-19 might have reached its peak, but the aftermath of the pandemic still lingers. This film is for everyone and anyone who feels or has felt like all is lost, because the truth is God can make the worst of situations work out in ways we could’ve never imagined,” said Fathima. 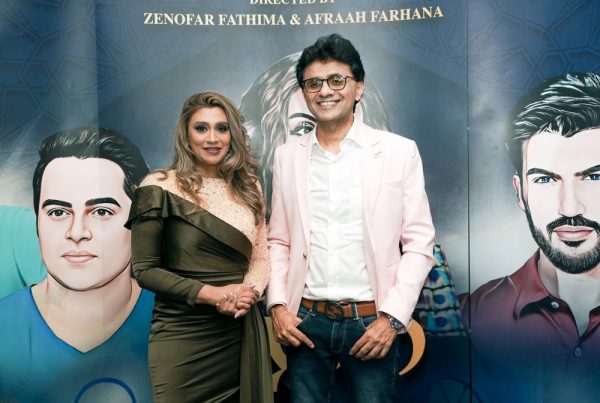 The film, which is directed by Fathima, as well as written and directed by Afraah Farhana, encompasses a poignant yet pithy message that surrounds faith in God and miracles in times of helplessness and despair. “Despite the nature and length of the project, I always ensure that a social message comes out of it at the end- mainly because activism is at the very core of my filmmaking style. Ayah does the same as my other films, but with a meta-spiritual and inspirational touch that leaves you with newfound hope for the future,” Fathima explained. Chairman of Dubai National Theater, filmmaker and theater expert Yasser Algergawi had also partaken in the project as the official casting director for the meta-spiritual short, offering his expertise to the film given his past experiences with both film and theater based projects and workshops. 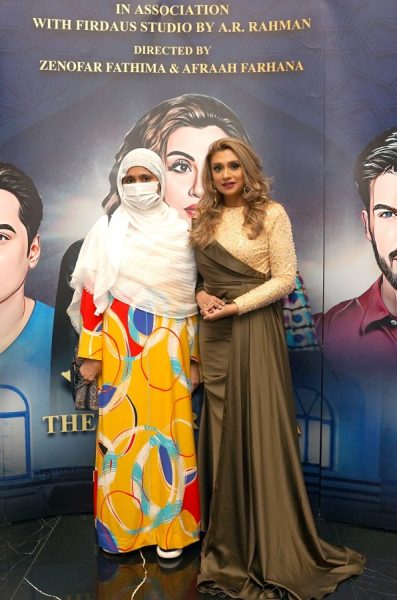 The musical score, which is composed and sung by Indian music composer, producer and singer Hiral Viradia, aptly complements the themes of spirituality and hope which are crucial to the mood and tone of the film. Besides being a music supervisor, producer and editor for A.R. Rahman, Viradia has also closely worked on projects such as Netflix’s House of Secrets, Atrangi Re and Dil Bechara. Aside from being a multi-instrumentalist, Hiral is also a trained Indian and Western Classical singer. As a playback singer, Hiral has lent her voice to many songs and scores for Bollywood, Tollywood, and international projects including Expo 2020’s Why the Musical, Atrangi Re and Heropanti 2.

Ayah also marks a milestone for Fathima’s career, with the project featuring a collaboration with Firdaus Studio by A.R. Rahman as the official facility of choice for the filming of the project. Having opened its doors in early 2022, Firdaus Studio is an alliance between Expo 2020 Dubai and Academy Award-winning composer A.R. Rahman. “I’m honored to have worked with a state-of-the-art facility that is associated with the legendary A.R. Sir. It is a very innovative space, and sky’s the limit with what artists can achieve in here,” remarked Fathima. The multifaceted space located in the Expo 2020 site aims to become a leading musical hub for established talents and professionals, as well as nurture the next generation of UAE talent.

Other than Ayah’s association with the Studio, a lesser-known focal point of the project is the creative plunge Fathima has taken with the narrative elements of the film. Despite testing the waters of the spiritual realm of movies with two other short films in the past, Ayah is said to be completely novel given its adoption of a meta, “art imitates life” approach. “The core of the plot is founded upon fictional characters watching their own lives unfold before them when they come to watch a play,” explained Fathima. “This will have a totally different impact on how the actual audiences receive the film as compared to when the audience is just shown a play performance. Apart from the meta elements, we also took the creative risk of merging two art forms together: film and theater. Indie filmmaking is all about taking risks and being experimental, so this is certainly one of my most ambitious projects.” The filmmaker also stars in the film as an undisclosed lead character.