Dubai Opera has announced the first shows of its new season, with an array of performances, from a highly anticipated comedy night with renowned Lebanese comedian Nemr, leading up to a December concert featuring acclaimed Palestinian artiste Omar Kamal. 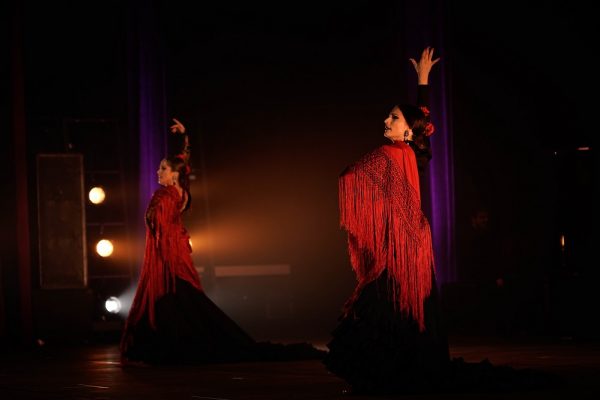 The iconic Downtown Dubai venue celebrated its fourth anniversary on 31 August. Since opening its doors in 2016 with a memorable show by Placido Domingo, Dubai Opera has hosted over 1,000 shows featuring the biggest international names, which have attracted more than 800,000 visitors.

Dubai Opera’s new season line-up brings together world-class talent and entertainment showcasing a wealth of comedy, dance and music on a beloved local stage. More shows will be announced at a later date.

Funny-man Nemr is credited with establishing and pioneering the stand-up comedy scene throughout the Middle East where he performs in English. An accomplished stand-up comic with eight full feature shows, Nemr’s second world tour, ‘Love Isn’t the Answer’, successfully stretched from the US to the Middle East, with crowds of up to 6,000 people at every show.

That global event was captured in his hit comedy special, ‘No Bombing in Beirut’, which was followed by a successful world tour, ‘Love Isn’t the Answer’ and Nemr’s brand new show, ‘The Future is NOW!’.

A tribute to the pioneers of Jazz

Located in the heart of Soho, Ronnie Scott’s Jazz Club has been hosting ground-breaking concerts since its creation in 1959 by late saxophonist Ronnie Scott and Pete King, who were inspired by the vibrant post-war jazz venues in New York.

This concert, with music, film and images, is a musical journey through the last 100 years of jazz. It starts with Louis Armstrong and ends with the golden age of swing with Benny Goodman and Duke Ellington, jazz vocalists Sarah Vaughan and Ella Fitzgerald, and the jazz star soloists Miles Davis, Oscar Peterson and Chet Baker, to name a few.

Their show ‘De Lucía a Camarón’ is a nod to legendary guitarist Paco de Lucía and vocalist Camarón de la Isla, who turned flamenco on its head when they joined forces in the late 60s and started the Nuevo Flamenco wave.

Set to dazzle the Dubai audience on 11 November, Flamenco Passion will draw on the rich harmonies of original elements of flamenco, fusing them with the most current styles, such as piano, violin, flute and electric bass. With a troupe of professional flamenco dancers, ‘De Lucía a Camarón’ is an exceptional experience that will truly ignite your senses.

For the first time on stage together, Guy Manoukian and Ara Malikian in concert at Dubai Opera on 12 November!

Internationally acclaimed musician, composer and pianist, Guy Manoukian returns by popular demand for the third year running. His fusion of oriental melodies with modern arrangements has taken him all over the world.

Known for his eclectic repertoire, award-winning violinist Ara Malikian performs arrangements of works, from Bowie to Bach and Led Zeppelin to Paganini. He has won numerous awards worldwide and performed with a wide range of artists and ensembles, including Sting, Fairuz, the London Chamber Orchestra and the Tokyo Symphony Orchestra.

Hailing from Beirut, both Guy Manoukian and Ara Malikian celebrate their shared Armenian heritage in this highly anticipated world premiere. Not to be missed!

Omar is a world-renowned Palestinian singer/composer and one of the most authentic and versatile artists to emerge from the region in years.

Kamal brings together eternal repertoires, as well as his hit songs for one enchanting evening on 12 December.

Social distancing and safety measures will be strictly followed, ensuring guests are safe and comfortable for their big night out.

Guests’ temperature will also be checked, and they will be asked to respect social distancing, use contactless payments, wear facemasks and frequently sanitise their hands throughout their visit.

To celebrate the start of the new season of highly anticipated concerts and comedy shows, Dubai Opera presents a special Earl-Bird Ticket Offer to entertainment enthusiasts who will be able to benefit from 20% off VIP & Platinum Tickets.