Jewelry designer Ola Fadel launched her AURAGEMS brand at Galleria Mall Al Barsha in Dubai in the Gigi store, in the presence of a group of media professionals, social media stars, and those interested in the world of jewelry. The pieces are distinguished by their unique designs and the precious stones that adorn them in an attractive way. 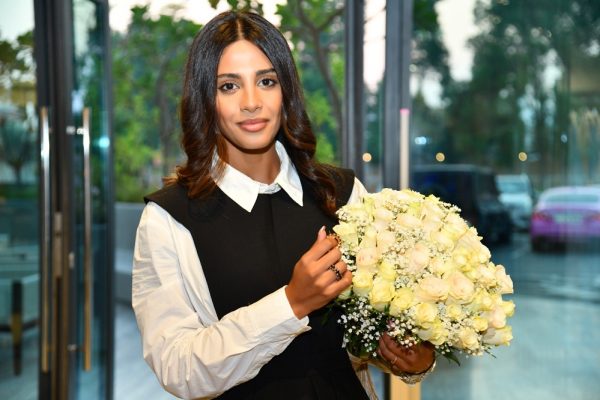 I was born with Iraqi roots, but raised in Vienna and later moved to Dubai when I was 21, which was when I found my passion again for fashion. When I was little I used to make clothes for my Barbie’s and always had a fascination for clothing design. As I grew older, I started to surround myself with ambitious people and when I was spending a lot of time in Turkey I was driven to create my own designs with the fabrics I got from the market in Istanbul. This was the beginning of BY OLA, which then went on to become quickly successful with multiple fashion shows. 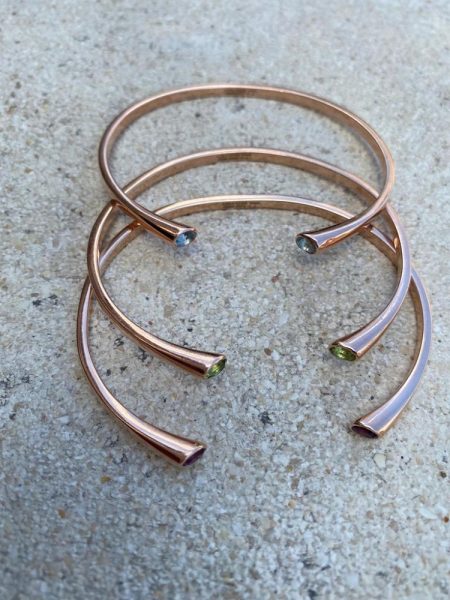 It was such satisfaction that my dreams were made reality and we had fashion shows at the Natural History Museum, Kempinski Hotel, and even for Longines. Soon the clothes were featured in magazines in shoots with Louie Vuitton and Chanel pieces, it was almost unreal. However, I slowly started to feel like I was creating only high fashion and was excluding a whole group of people that I wish would be able to enjoy my designs. This was the moment I decided to venture out of fashion and into the jewelry world. But this time, I had the belief that I could give back to society with whatever success I have been so blessed to receive. My vision was to create jewelry for everyone with gorgeous semi-precious gemstones that can give different effects on one’s aura. 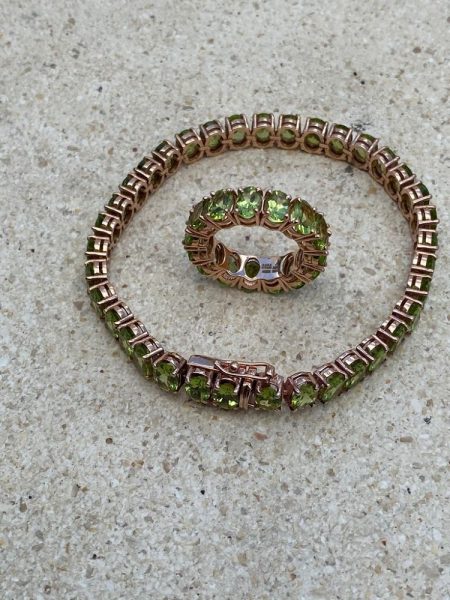 In 2019 I studied and got my certificate to become a gemologist, and I started to travel the world and went to Kenya, Ethiopia, and Indonesia handpicking the gemstones to put in the designs. AURAGEMS is based on the love for Mother Nature by taking spiritual natural gemstones and putting them in minimalistic designs so that everyone can enjoy the vital energy as a part of their aura. Gemstones are said to be giving off different energy frequencies and can be used to protect or positively affect those around it. But not only did I want to help heal people’s energy, I wanted this endeavor to be a way that could help those in need. That’s why we created the Babylon Foundation, a foundation that has the aim to build a sustainable education program in cities and villages where schooling is not possible due to poverty. Our focus is not specifically on one country or city, but on the children and youth in those places by expanding their chances with new opportunities and helping them according to their needs (clean water, basic housing, etc.). We launched back in August in The Netherlands and after my last trip to Nairobi where I went on the search of an honest and helpful charity that works locally, we are now working with the Imani Foundation in Kenya. This became the way we could give back through taking a percentage of profits from AURAGEMS, and donating it to The Babylon Foundation.